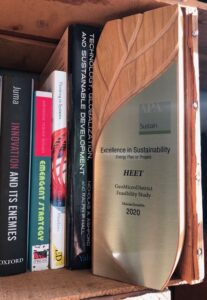 Can gas utilities survive the energy transition? Massachusetts is going to find out.
Grist Magazine, Nov. 4, 2020

Magavi and Schulman are the masterminds behind a particularly innovative solution to decarbonize the gas system that they believe will benefit utility companies and customers.

Zeyneb Magavi of HEET, the Home Energy Efficiency Team, explained “we want to move communities away from gas,” therefore silencing concerns of another gas explosion.

An option, according to Magavi, is ground source heat pumps.

In a virtual meeting per state orders, the Somerville Commission for Energy Use and Climate Change (CEUCC) met on Wednesday, August 12, to discuss plans for a more sustainable future, and all the steps in between.

The co-executive directors, Zeyneb Magavi and Audrey Schulman, presented plans for a microdistrict with the intention to cut carbon emissions and reduce fracking.

Geothermal heating systems can also be made more efficient by linking multiple buildings to the same pipe system… Schulman and Magavi from HEET argue that these systems could be connected at a much larger scale. They have studied the potential for gas utilities to transition into networked geothermal companies that oversee a “thermal grid.”

“Gas companies in Massachusetts are not historically allowed to innovate, and they’re not allowed to deliver anything other than gas to their customers,” Schulman said in an interview. “And so, they are unable to change. Because they have to replace the infrastructure now for safety, they are installing at incredible cost a technology the was cutting edge in the 1800s.”

HEET is proposing a new way to heat buildings where old gas pipe is dug up, through the “Geo-Micro-District,” an ambient temperature, shared-water loop connecting many customers for both heating and cooling.

“Some of the gas pipelines in Boston date to the Civil War. … Is this the infrastructure we want for the coming century?” Magavi said.

Geothermal Microdistricts & the FUTURE: A renewable alternative to gas heating
Take Back The Grid, April 4, 2020

High profile disasters like the Merrimack Valley gas explosions are leading to increased skepticism about the safety of natural gas distribution systems. The number of leaks in the Greater Boston area should also be cause for alarm. Some of these have been open for decades. On top of this, gas and other fossil fuel fired home heating and cooling accounts for 60% of a building’s annual carbon emissions, so it should come as no surprise that some forward-thinking municipalities have been searching for alternatives to fossil fuel heating systems.

A Study Advocates for a Utility-scale Approach to Replace Existing Gas Lines with Ground-source Heat Pumps
Retrofit Magazine, May 4, 2020 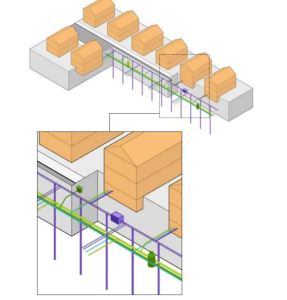 The leading building retrofit magazine posts an explanation of the problem of leaking gas pipes and the GeoMicroDistrict solution.

GeoMicroDistricts are ground-source heat pumps arranged in a closed vertical system that could be installed in a single row along an existing utility corridor. Vertical boreholes and service connections could be located between existing infrastructure.

The panel brought together state Senator Cynthia Creem, Audrey Schulman and Zeyneb Magavi of HEET (Home Energy Efficiency Team), Jordan Stutt of the Acadia Center, and Craig Altemose of the Better Future Project to discuss climate science and the potential of regional transportation and energy improvements in Massachusetts and nationwide.

“City officials say they’re backing the project because it would further Boston’s “commitment to climate action.” They see its potential to become a model for other micro-district heating systems, a success story that could be replicated elsewhere…

Joseph Savage, Welch’s project manager, said his team is working with the Cambridge nonprofit HEET to flesh out the geothermal proposal.”

“Due to the hard work and unyielding efforts of groups such as the Home Energy Efficient Team (HEET), Mothers Out Front and the Gas Leaks Allies, Massachusetts legislators understand that the state’s aging natural gas pipelines are leaking methane, adding to the challenges of reducing greenhouse gas (GHG) emissions…”

“Perhaps this is the time for gas companies to explore a new business model, one with a promising future for both the companies and the planet. A business model where the companies deliver renewable heating and cooling to homes and businesses along every street, allowing customers a choice in our renewables from both wires and pipes.”

How a Climate Change Nonprofit Got Eversource Thinking About a Geothermal Future
Earthwhile, Jan. 13, 2020

HEET commissioned a study to investigate if there were a way to make geothermal energy appealing to both utilities and environmentalists. 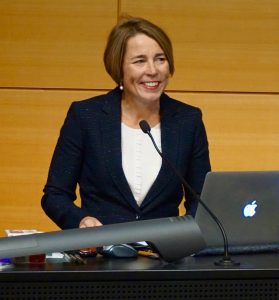 An amendment in the Massachusetts House seeks to increase cooperation between gas companies and advocacy groups hoping to reduce the impacts of leaked natural gas. Adopted into House bill 4739 on Thursday, July 12, the amendment has less than three weeks to be reconciled with a similar amendment in the Senate before the end of the formal session on July 31.

On a quiet road in Lexington, Jason Taylor held a device that looked like a stick with a suction cup at the end, and slowly waved it low over the ground like a metal detector at the beach. But what he was looking for is a natural gas leak. “So it starts somewhere around here,” he said as the device started to beep. He put it in a hole in the dirt lane and the numbers on the detector started climbing.

There’s a New Tool in the Fight to Seal the State’s Gas Leaks
Boston Globe, Oct. 2017

The gas companies still must prove that they will actually use the findings of the FluxBar to patch their larger leaks. ““My hope is that the FluxBar will make it possible to reduce the problem, at the least cost and disruption,”,” said Audrey Schulman, president of HEET, a Cambridge nonprofit that helped develop the device. 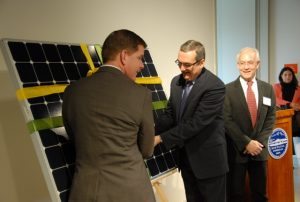 Home Energy Efficiency Team (HEET) and Boston University scientists will be working with Columbia Gas and Eversource over the next six months to study the best methodologies to find super-emitters. Audrey Schulman, the president of HEET, said currently utilities have no friendly grading system that measures high volume gas leaks based on environmental impacts and not safety. 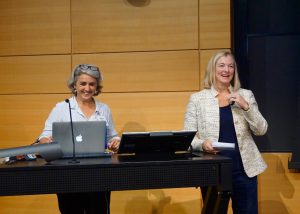 “Thanks to data collected by the Home Energy Efficiency Team, we know that in 2015 there were over 1,400 unrepaired natural gas leaks in Boston, over 400 in Weymouth, and over 500 in Springfield. Across the Commonwealth, a whopping 15,000 leaks still require repair, and many have been leaking for decades.” —Sen. Elizabeth Warren 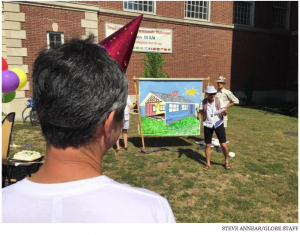 The celebration in Boston on Wednesday featured all the party favors you could hope for on your special day: balloons, glittery cone hats, and a vanilla-frosted cake topped with sugary decorations

But not a match to light the candles for the cake was in sight.

“It’s been there since the Bee Gees,” said Audrey Schulman, president of the Home Energy Efficiency Team, or HEET, a nonprofit based in Cambridge. “That’s a long, long, time ago. And that’s unfair… It’s bad for health, it’s bad for trees, it’s bad for the planet,” said Schulman. “And it’s bad for our wallets.” 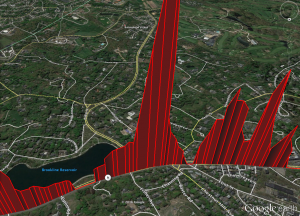 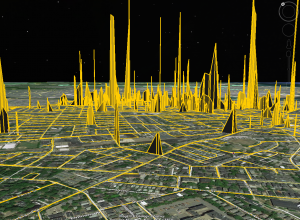 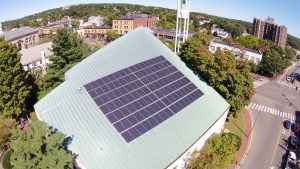 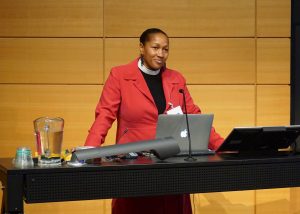 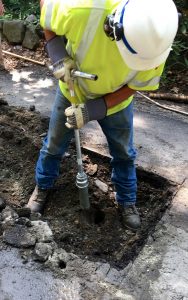